My writing - I'm back 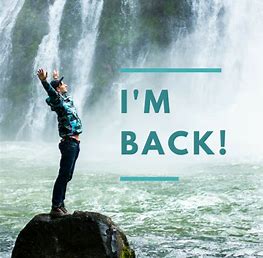 It has been a long time since I have written a blog post on my writing. Why have I decided to start blogging again now I hear you ask? Well I will tell you if you give me a chance!
I initially stopped blogging to focus on my writing. I had written four books and really wanted to write the final two books which would finish off the series.
It has often been said that the middle of the story is the hardest to write. I can’t say I found that to be the case. It is easy to carry on writing about the adventures of your characters and throwing more and more obstacles in their way. The more you explore them the more they surprise and delight you in how they react to certain circumstances. Characters you thought were going to be heroes turn out to be cowards, whilst others who were minor suddenly become major players.
It was concluding the series I found difficult. I have always struggled with the end of my books. Not in regards to the content but more because at a certain point you have to start plotting how the novel will end. Once I do that and know exactly what is going to happen the writing becomes somewhat of a chore to me. It feels like writing an essay at school – you do the research, you know what you want to say but then actually writing said content becomes almost mechanical. 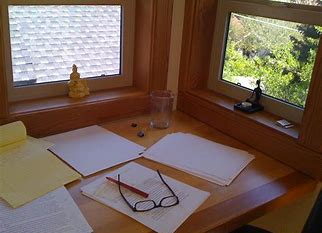 There was also the point where the sprawling mass of characters spread over Frindoth had to start converging. Point of view characters who I had become so attached to, had to take a back seat and be seen through the eyes of others to avoid a monster of a novel. Initially I found letting go hard, but I soon realised it was quite fun seeing the characters I loved through the eyes of others.
2017 marked the first year in many where I didn’t release a novel. There were several reasons for this such as the aforementioned struggles, a new job, a new baby, deciding to manage my eldest son’s football team but the worst was the tragedy of losing our family dog. Some people are pet people others aren’t. I am definitely a dog person.
Losing our dog left a huge hole in the family but also stemmed my creativity somewhat. My early morning walks with the dog were often where I would contemplate my novel and come up with new ideas. It took a long time to get over that loss but I was determined to finish the final book in the series in early 2018.
Unfortunately, another enormous personal tragedy struck. My brother in law and best friend unexpectantly passed away in January.  Dealing with that loss has been the hardest thing I have ever had to do and the hardest thing my family has ever been through. We are still struggling every day and finishing this novel is a bittersweet moment. Simon read Ritual of the Stones and Pewtory the Lesser Bard and loved them. He then maintained he didn’t want to read the other novels until the series was completed. Last Christmas he told me how excited he was that this year was going to be the year.
As Only Stones Remain is devoured by my beta readers, I sit here and feel immensely proud of what I have achieved in completing the series. When I began writing 9 years ago, I had no idea I would ever reach this moment. It is however tinged with sadness.
I don’t want to leave this blog post on a sombre note. So, I will inform you I am excited on what the future holds as I decide what to write next and looking forward to reviewing books once again. I hope you’ve missed me as much as I’ve missed you. Look out for more news for the release date on the final book in the Ballad of Frindoth series Only Stones Remain soon. But in the meantime, I will tease you by telling you the cover reveal will be happening very soon. 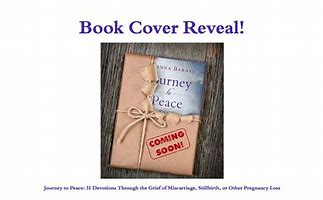 Yours
Rob D
Posted by Unknown at 8:42 AM No comments:

If you are going to do your first review in a couple of years, you might as well start with your favourite author. It doesn’t seem to matter what genre McCammon writes in, each of his novels are always high quality, enjoyable reads.

1934. Businesses went under by the hundreds, debt and foreclosures boomed, and breadlines grew in many American cities.

In the midst of this misery, some folks explored unscrupulous ways to make money. Angel-faced John Partlow and carnival huckster Ginger LaFrance are among the worst of this lot. Joining together they leave their small time confidence scams behind to attempt an elaborate kidnapping-for-ransom scheme in New Orleans.

In a different part of town, Curtis Mayhew, a young black man who works as a redcap for the Union Railroad Station, has a reputation for mending quarrels and misunderstandings among his friends. What those friends don't know is that Curtis has a special talent for listening... and he can sometimes hear things that aren't spoken aloud.

One day, Curtis Mayhew's special talent allows him to overhear a child's cry for help (THIS MAN IN THE CAR HE'S GOT A GUN), which draws him into the dangerous world of Partlow and LaFrance.

This gritty depression-era crime thriller is a complex tale enriched by powerfully observed social commentary and hints of the supernatural, and it represents Robert McCammon writing at the very top of his game.

Opening sentence: The Devil can be a man or a woman

The Listener has been a book I have been looking forward to for a while. I seem to love stories set in the “gritty depression” era and within the opening few chapters I knew this one would be no exception.
The story focuses on three main characters, two of them eminently likeable and one who you despise initially and only start to half tolerate by the end of the novel.

Curtis Mayhew is a redcap for the Union Railroad station is level headed, a little naïve but an inherently good person. Others take advantage of him but his overall kindness means he is generally well regarded.
Nilla is bright and sensible, even in peril she looks out for her more reckless and outspoken younger brother. Yet she is not perfect and McCammon does a good job of exploring her vulnerability and limitations.
John Partlow is a con man with no moral compass. He will gladly swindle others out of their money and take advantage of their grief. McCammon does his utmost to ensure he is portrayed as a despicable man when he performs a heinous act early on in the novel.

Of the three characters, Curtis is perhaps the most rounded. He has not been dealt the best lot in life and suffers a great deal. Despite this however, we see him grow and his optimistic/realistic attitude makes it impossible not to route for him.

The premise of the story focuses on two main elements: a kidnapping and the supernatural. The kidnapping is as basic as they come but that it works as it does not need to be complicated. It also introduces two great secondary characters in the psychotic Ginger La France (she could have a novel all to herself) and the deranged and increasingly unhinged Donnie.

The supernatural element is well done. It focuses on some of the characters being able to communicate telepathically. None of them understand it and it also something they struggle to sustain. This is clever and adds for some great tension when things start going wrong. Sometimes in McCammon’s novels the supernatural plot is hinted at but not entirely explored, leaving you wanting to know more. With the Listener, McCammon does not shy away from the supernatural and makes it a firm fixture in the novel which I prefer.

I am no expert on the era, but McCammon paints an excellent picture of how grim the period was. Most of the characters struggle, the in your face racism in well- handled where the characters meet others through chance encounters and suffer as a result. The struggles to just exist are apparent from all the characters the exception being Nilla’s affluent father.

In a fairly short novel, every page drips with vivid description of heat, oppression and mugginess of the Louisiana swamps. It astounds me how McCammon can say so much with so few words.
I love Robert McCammon’s Matthew Corbett novels with a passion. I read somewhere that his publisher would only continue to publish them as long as he wrote other novels in between each one. When those “other” novels are as good as the Listener, it is hard to complain. This is a fast paced, dark but ultimately brilliant novel.